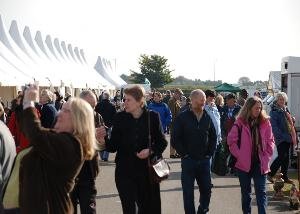 There are many good sources of places to buy antiques in England, but I am going to reveal my favorite two places. All of the other places pale in comparison to these two. So when you plan your buying trip to England, be sure to schedule it so you can attend these faires. Also be sure to read my first article on getting prepared for your buying trip to England.  The great thing about these two fairs is they are the same week, and they are scheduled every two months. Later I will give you links to these so you will know the exact dates. There are also some other great places to buy antiques in this area before or after the fairs.

My Favorite Place to Buy Antiques In England

The first of the two big shows is the Lincolnshire Antiques and Home Show. It takes place on a Monday, Tuesday, and Wednesday. To get in on Monday, you need to pay to set up as a dealer. But if you are a serious shopper, it is well worth the extra money. Most of the good deals are found on Monday because that is when the dealers from all over the world come to shop. Here is the link for this faire: http://www.arthurswallowfairs.co.uk/. This is a neat video from their site that I think you will enjoy, and a REAL insider secret, the first two dealers introduced are two dealers that have received a lot of money from me and the people I take on buying trips. We have bought a lot of things from them.

For years this fair was located at an old RAF base in Swinderby, but moved in 2009 to the Lincolnshire Showground, a much nicer facility. The lack of indoor restrooms and no permanent buildings was the biggest complaint. Plus, you literally had to walk miles to see all of the dealers. This is probably my favorite of the two fairs, but I am probably in the minority with that opinion. But the second and older of the two fairs has done everything they could to put this fair out of business, which is so ridiculous. The main reason we planned our trips on these dates is so we could buy at two huge fairs. You will see many Americans at these fairs. Being fro a large city like Dallas, you could see as many as 15-20 other dealers from Dallas at any one fair. We even got to know other American dealers because we saw them so many different times on our many trips. It was always fun to compare notes on what is happening in other parts of the U.S. I might add, the antiques trade in the U.K. definitely notices when there are not many Americans coming to the fairs.

We actually came on one of out trips the first week in October right after 9/11. That was less than a month after that horrible day and we did have a couple of cancellations, but we had four brave souls who went with us. We were determined , if the planes were flying, we were not going to let the terrorists control our lives. There was a noticeable absence of American dealers for over a year after 9/11 and you could hear complaints at all the shows and shops. We were going 3-4 times a year during this time, so we made a lot of friends over there. For that matter, the antiques business as a whole has never come back to what it was before 9/11. Didn’t mean to get off the subject, but I wanted to stress the reason you see so many other American dealers here is because it is a great place to shop. Some dealers come to every show (six a year), while many do 3-5 of them. Several of the people who ship with us also do Marburger Farm Antiques Show at Round Top twice a year which takes place the same time as these faires. Once you have shopped these fairs, you get spoiled because it is so hard to find anything comparable in the U.S., especially if you are a big fan of English antiques. Onve you have seen these, you will know why this is my favorite place to buy antiques in England.

My Next Favorite Place to Buy Antiques in England

The other fair which is advertised as Europe’s largest antiques event, is the Newark International Antique & Collectors Fair. These two fairs are very close to each other, so you can stay in the same accommodation for both shows. Here is the link for this fair: http://www.iacf.co.uk/newark/. I might add that if it is just impossible to schedule your trip the week of these fairs, check out the IACF fair at Ardingly which is located not too far south of London. It is just not as large as these two fairs, and it is by itself.

The Newark fair is not as large as it once was. When we first started attending in1991, it was a good 50% larger than it is now. But the Lincolnshire fair was not nearly as big then. Also now there are just not as many antiques dealers in England as there was then. The slow economy has hit the antiques business hard. Antiques are a luxury that people don’t have to have during a slow economy.

But Newark is still a great fair, probably more high end that the Lincolnshire show. I will also mention that there are a good many dealers who do both shows. So, if you are thinking to yourself, “Haven’t I seen this before?” You are not going crazy, you saw it at the Lincolnshire show. But there is a ton of fresh merchandise for your shopping pleasure. Some of the dealers have different merchandise for each fair.

One of the great things about these fairs is they have something for everyone. Whether you are looking for inexpensive accessories or the finest period antiques, you can find it here. It made my job of bringing people on buying trips to England much easier, because everyone could find things they wanted. When we went to some shops, there were people bored because it was too expensive for their budget, or too low end for their tastes. My job was to take them where they could buy what they wanted, and these fairs offered that.

If you are on your own and not with a group that takes care of the collections and shipping of your purchases, there are shippers on site. Just ask where the shippers are. There are also places to exchange money on site. The best way to get money is to get it off your credit or debit card. I might add this service was very popular towards the end of the trip when people were starting to run out of money. I knew that was a good thing because everyone was happy that they were finding plenty of things.

I mentioned this in my first article, but in case you didn’t read it, wear comfortable shoes and clothes. In winter, wear layers, and summer, don’t forget the sun screen. Most aren’t used to being out in the weather this long. Also have appropriate rain gear. I don’t want you to ruin this wonderful buying trip because you don’t have comfortable shoes or clothes. If you follow my suggestions, I thing you will agree with me on why I love to buy antiques in England. 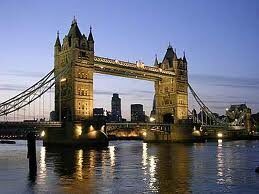 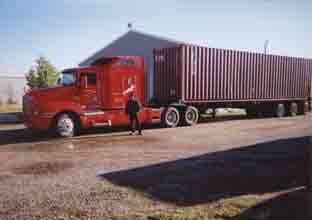 Buying Antiques In England 0
We first started importing antiques from England in 1991. A lot has changed since then, and 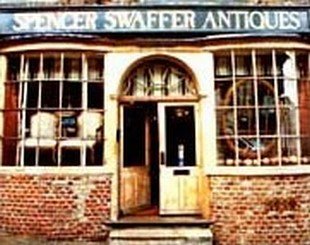 Buying Antiques In England 0
Portobello Market is a must see on any trip to London. Even though I am