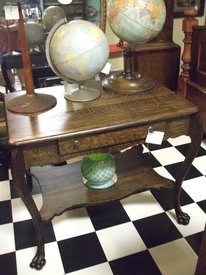 The date for this years World’s Longest Yard Sale is August 1st-4th. It is also known as the 127 Corridor Sale because much of it runs along this highway. The sale starts in the north 5 mile north of  Addison, Michigan and ends in the south at Gadsden, AL.

We plan on attending and I will give a detailed update here when we return. For more details about this sale which now totals 690 miles you can read my article, World’s Longest Yard Sale: Dos and Donts.

The last time we did the “Sale”, we started too late. This time we went too early. A couple from our mall left on the Friday before the official start on the following Friday. They returned on Saturday with a full trailer load (I don’t know where they shopped). So we thought we would get a jump on others and left on Monday morning. We started where we finished the time before (see the above article), in Dunlop, TN. Here is a link to the map showing the route of the sale.

We made it all the way to Frankfort, KY. and then headed back south taking a different route to try to hit some stores. Then Wed. morning we headed back to Dunlap to head south on a reverse route from the last time. Unfortunately it was poring down rain and most of the places were closed or had just a few dealers open.

We are dealers looking to buy for resell, which should be taken into consideration when I say we were very disappointed in what we found, or maybe I should say what we didn’t find. If you were just buying for yourself, maybe it would be a different story. But we didn’t come close to paying for our trip with what we bought. But, don’t get me wrong, we had a good time. Also, remember I said I think we started too early. Many of the better sales were either just setting up or were not open because of the rain on Wednesday. Next year, we will leave on Tuesday instead of Monday.

I do wish we had more time for sightseeing. The mountains in TN. and KY. were beautiful. But when you are trying to cover as many stops as possible, you just can’t stop for pleasure, at least until the dealers close up in the evening. There were many historical sights, like many Civil War sites. There was the final resting place of Sgt. Alvin York, the most decorated war here of W.W.I. They mad a movie about him starring Gary Cooper, it’s an old black and white one, but interesting. If you are a bourbon drinker, KY. is known for its bourbon and there were many distilleries like Wild Turkey and several others. But we were on a buying trip.

There was a TON of typical yard sale merchandise, if you like that kind of stuff. You have to make up your mind how you are going to shop because there is no way to see it all. We usually don’t stop unless there are at least 5-6 people set up. Now this usually means these will be professional dealers. But there are tons of individual sales by home owners, if you want to try those. You might have a chance of discovering some better bargains at these. But when we could hit 5-50 dealers at one stop, it made our time more efficient.

We are basically not glass dealers and that was all many dealers had, so we skipped over those quickly. We bought a small desk which I will post a photo here later and it took up most of the space in the back of our Ford Edge. It just was an awkward fit. The photo shown is after we refinished it, but we bought it nearly completely stripped. We had to pass on a couple of other pieces of furniture because of that. Our favorite “smalls” was a pair of antique mercury glass vases.

The other things we bought were just stuff. You have to be careful of buying things that you don’t know anything about, especially if buying for resale. I saw about three odd screw type gadgets which turned out to be a drill tool for kegs (whiskey kegs?) I thought these were really neat and had never noticed one before. But last night I checked eBay and saw they were not that uncommon and priced anywhere from $10-$125. I saw them from $25 to $45.

There were lots of tools of all shapes and sizes for tool collectors. Also saw lots and lots of great advertising signs, but they were out of my price range for resell. But I was really disappointed for the lack of good furniture, maybe it was just too early.

I was also looking for some neat mid century things, but found next to none. We thought we could find some good whiskey barrels and tobacco baskets, but the ones we found were just too expensive. We did see a guy’s truck that had a big stack of the tobacco baskets, but he was not set up. They look great hung on a wall for an architectural look, if you are familiar with them. Just Google them if you are not. 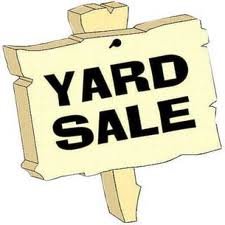 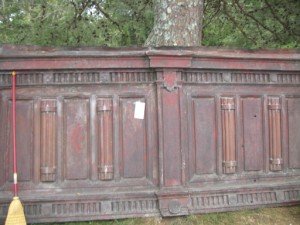 Buying Antiques at Yard Sales 0
I just returned from my first visit to the Worlds Longest Yard Sale and I came
Buying Antiques In England 0
Before you get on the plane for your buying trip to England there are
Events and News About Antiques 0
This has to be every lover of antiques fantasy find, $395,000 worth of antiques 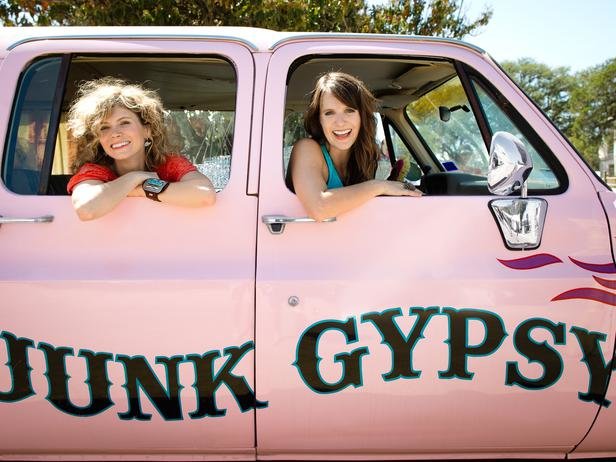 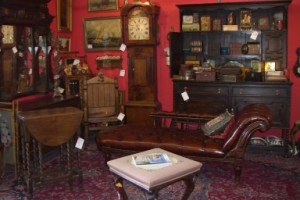 Selling Antiques 0
Before I get into how to make money selling antiques, perhaps I should answer the

How to Care For Oriental Rugs
Antiques Refinishing, Restoration, and Care